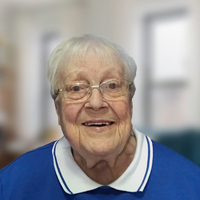 Helga Rhinehart, 88, of Brooklyn passed away peacefully Monday morning, February 10, 2020 at the Brooklyn Community Estates. Memorial Services will begin at 10:30 on Saturday, February 22, 2020 at Madison Church of Christ, Brooklyn. A private interment was held at Brooklyn Memorial Cemetery. In lieu of flowers, memorial contributions may be made to Madison Church of Christ, Brooklyn.

Helga Liese Mina Gaberdiel was born on March 3, 1931, the oldest of 2 daughters, to Adam and Amalie Roth Gaberdiel, in Heidelberg, Germany. Raised in Wiesloch, Germany, Helga was 14 years old when WW II ended. Helga was united in marriage to James Leo Rhinehart on April 24,1954 in Germany where Jim was stationed with the Air Force.

The couple made their home in Brooklyn, Iowa where Jim worked for Carpenter's Feed & Seed for 13 years before purchasing the business in 1970. Together Jim and Helga operated Rhinehart's Feed & Seed for 20 years.

Helga enjoyed traveling, classical music and gardening, especially with flowers. She also loved cooking and baking and blessed many with food and meals. Remembering her hard life during the war, she was particularity sensitive to those in need, and helped physically, financially, and prayed for them and many other people. Helga was a member of the Church of the Brethren and later the Madison Church of Christ.

Helga was preceded in death by her husband Jim and sister Else. She is survived by her three daughters Linda (Jay) Pringle, Phyllis (Steve) Ellefson, Colleen (Tim) Hunter, and eleven grandchildren and one great grandchild.

Original source can be found here.

Organizations in this Story 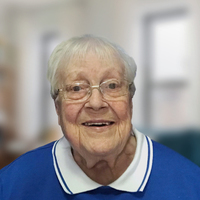 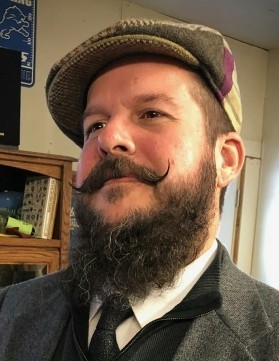 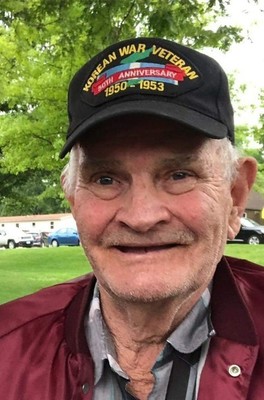 Iowa 4th-graders score one point above thenational average on reading

30
Mar Volunteering for the Chamber of Commerce Indianola Golf Classic
8:00 AM @ Indianola Chamber Of Commerce

31
Mar Volunteering for the Chamber of Commerce Indianola Golf Classic
8:00 AM @ Indianola Chamber Of Commerce